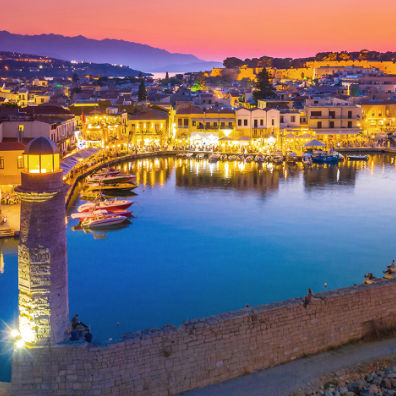 Rethymno (Greek: Ρέθυμνο, pronounced [ˈreθimno], also Rethimno, Rethymnon, Réthymnon, and Rhíthymnos), a city of approximately 40,000 people, is the capital of Rethymno Prefecture in the island of Crete. It was built in antiquity (ancient Rhithymna and Arsinoe), even though it has never been a competitive Minoan center. It was, however, strong enough to mint its own coins and maintain a mild urban growth. One of these coins is today depicted as the crest of the town with two dolphins in a circle.

Rethymno started growing again when the Venetian conquerors of the island wanted to have an intermediate commercial station between Heraklion and Chania acquiring its own bishop and nobility. Today's old town (palia poli) is almost entirely built by Venetians. It is one of the best preserved old towns in Crete. The town still maintains its old aristocratic appearance, with its buildings dating from the 16th century, arched doorways, stone staircases, Byzantine and Hellenic-Roman remains, small Venetian harbor and narrow streets. The Venetian Loggia today houses the information office of the ministry of culture. The big municipal gardens are ideal for those in search of shade and tranquility. Throughout the year various activities are organized which draw a large crowd. The Wine Festival is held there annually at the beginning of July. Another festival is held on 7-8th of November, in memory of the destruction of Arkadi Monastery. 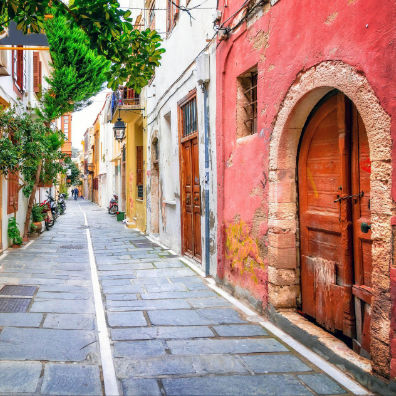 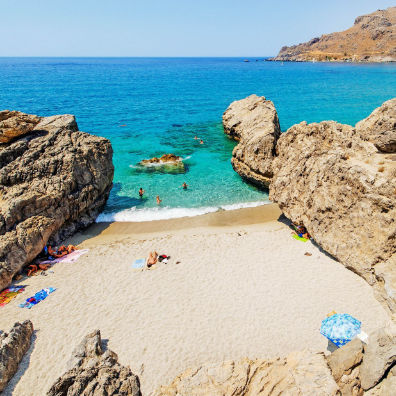 It has a Venetian castle called the Fortetza which is the one of the biggest and best standing castles in Crete. Other monuments include the Neratze mosque (St. Katherine's Catholic Church), the Great Gate (megali porta, Porta Guerra), the Piazza Rimondi (Rimmondi square), the Venetian Loggia etc. Today its main income is tourism, with large Facilities that have been built the past 20 years and Agriculture especially, for its olive oil and Mediterranean products.

It is also the base of the Philosophical School and the University Library of the University of Crete and the School of Social and Political Sciences having 8,000 students every year on its University Campus at "Galos" and where the Academic Institute of Mediterranean Studies is situated.

From Wikipedia, the free encyclopedia 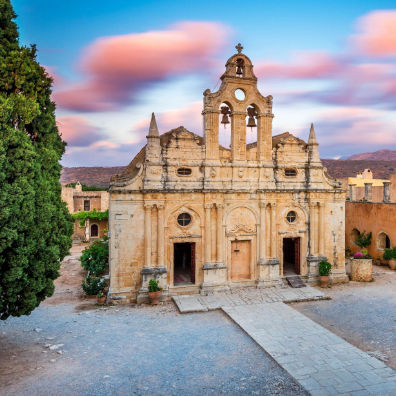